You are here: Home1 90 years of RUF|Betten – a large family celebration

RUF|Betten celebrated its big anniversary in 2016 with a big and colourful party at its home location Rastatt. The people in charge spared no expense or effort to really spoil the 200 employees for once.

Employees are the heart of the company.

Heiner Goossens, Managing Director of RUF|Betten, explained in his speech that the real main protagonists of this immensely successful 90-year company history were not the beds, but the “people who live them everyday: our employees. The experts, the quality fanatics, the detail lovers, the precision obsessed, the artistic craftsmen, and the sewing needles tamers. They are the passion, the heart and the soul of our beds and our company,” says Goossens. And that would be one of the reasons that product from this company stand in such high esteem by both retailers and end customers: “Because you can trust us and rely on us,” the Managing Director emphasised. So, he took this opportunity to also thank the families and pensioners without whom this performance and great work would not have been possible.

Commitment to the location confirmed

At the same time, he confirmed that the company is firmly rooted in Rastatt and intends to stay here. He offered an outlook to the 100th anniversary which was very encouraging and aroused curiosity: “We will continue to operate on the market in a profitable way, we will break new ground with our distribution channels, and improve our customer satisfaction.”

Entertainment programme – from High Striker to riding the Segway.

The obligatory tapping of the beer barrel led the way to the relaxed part. Delicious life cooking ensured everyone was well-fed, and proved very popular with all age groups. In between, the employees were called to gather all their strength to ring the bell, or start practicing for the next football world championships – with a goal-shooting contest. For the brave, there was also a Segway course that required a lot of skill and proved hugely popular. With a bit of luck, several cash prices of up to 490 euros were also up for grabs. A thoroughly successful event that has many looking forward to the 100th anniversary already. 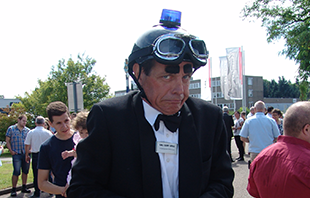 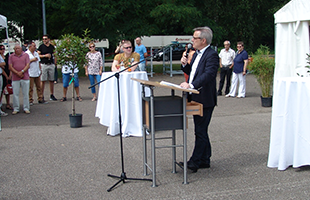 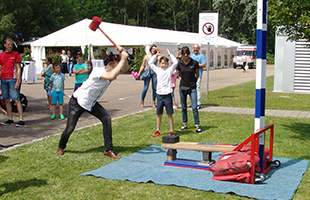 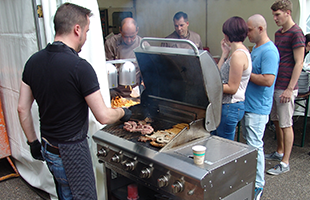